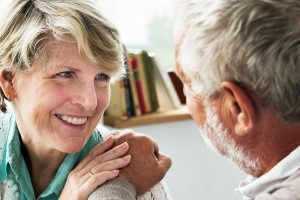 According to the Center for Disease Control, Heart Disease is a leading cause of death in women of all ages and especially in women over 50. Multiple medical studies have determined that a major contributor to the development of heart disease in women over 50 is hormonal decline or what is commonly called Menopause. Additionally, there is clear evidence that women who maintain good hormonal levels or those that have their hormones restored to physiological levels have dramatic reductions (well over 50%) in their risk of mortality from heart issues. Yet even with such strong evidence that hormonal restoration seems to be beneficial in improving heart health for menopausal women, hormone prescription and usage is way below what might be expected for a treatment with such dramatic outcomes.

Instead, traditional medicine focuses on conventional therapy, such as the cholesterol lowering class of drugs called statins, to treat these women. Unfortunately, despite virtually ubiquitous use, statins do not have the solid medical literature evidence to support the claim that they are a safe yet effective heart disease protective treatment. A recent medical journal report indicated that “the beneficial effects (of statins) on cardiovascular disease are miniscule and that their adverse effects are more common (and potentially dangerous) than is generally known.” There are multiple reports of adverse reactions to statins. They have the potential to cause severe muscle aches and pains; they have been implicated in the development of type 2 diabetes; when used to push cholesterol levels very low, they seem to increase the risk of dementia due to the lack of adequate cholesterol that reduces the brain’s ability to heal and maintain itself; statins may cause liver damage; they have been implicated in erectile dysfunction; and there are multiple articles that implicate statins in the risk of developing breast cancer, in one article, increasing the risk of breast cancer by nearly 300%. Yet, in the overwhelming majority of medical offices today, statins are one of the most commonly prescribed medications.

So, is there a better solution to the problem of heart disease mortality in menopausal women? Of course. Many studies have shown that bio-identical hormone therapy to be a safe and very effective treatment program for actually reducing the risk of heart disease. According to a 2007 study in perhaps the most leading medical publication, The New England Journal of Medicine, among women who were between the ages of 50-59 and who were given oral estradiol (the safest form of estrogen), “the calcified plaque burden in the coronary arteries after the trial completion was lower in women [who received estradiol] than those [who did not].” That’s right: estradiol therapy in menopausal women ACTUALLY REVERSES CORONARY ARTERY CALCIFICATION and lowers the risk of major adverse cardiac events. While this one study is spectacular in its declaration, there are numerous others that come to similar conclusions.

Unfortunately, a plethora of medical myths surrounding the use of bio-identical hormones has limited widespread use of estradiol as a major cardio-protective treatment. The reality is that similar to the remarkable evidence supporting estradiol as a heart protective treatment, estradiol has been shown to be beneficial in reducing the risk of several diseases of aging and substantially improving the quality of life and physical intimacy. And to date, despite what many believe through traditional medicine and conventional wisdom, there is not one study in the medical literature that shows properly administered estradiol therapy to have any long-term adverse effects and estradiol, properly administered has never been shown to cause breast cancer.
In summary, despite widespread use, statins have little medical literature evidence to support the notion that they can reduce cardiac mortality in menopausal women. In contrast, estradiol therapy has been shown in multiple studies to reduce coronary artery calcification and reduce the risk of cardiac death. Estradiol is safe and effective in reducing overall diseases of aging, improving quality of life and increasing longevity.

Dr. John Carrozzella is a Diplomat of the American Board of Anti-Aging and Regenerative Medicine. He is an expert in Bio-identical Hormone Replacement Therapy, Sexual Dysfunction and the Metabolic and Nutritional Treatment of Disease. He has practiced medicine and surgery for more than 25 years. More recently, he has focused his interests in the medical specialties of Innovative Wellness, Anti-Aging, Bio-identical Hormone Replacement, Integrative and Functional Medicine and Non-surgical Cosmetics.